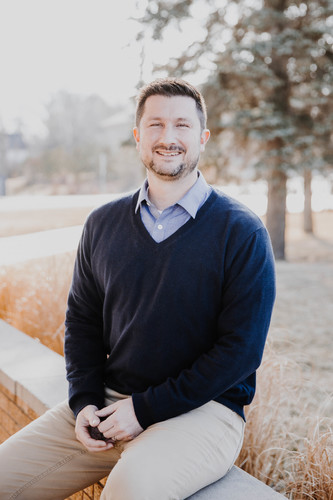 Ben has served as the pastor at Springview since 2011.

He grew up in Saginaw, Michigan in a family that loved the Lord and was deeply involved in the life of their local church.  As a young child attending a Christian school Ben saw his need for Christ and put his faith in Him. After graduating from Word of Life Bible Institute and Liberty University he returned to Saginaw and spent six years working as a history and Bible teacher at a Christian high school.

As a teenager and college student Ben was blessed with lots of opportunities to serve in ministries like Camp Barakel and Child Evangelism Fellowship, but it was really in ministering at Immanuel Bible Church in Saginaw that he felt God calling him to pastoral ministry. Ben studied at The Southern Baptist Theological Seminary in Louisville, KY, before accepting the call to serve at Springview.

The thing Ben loves most about serving at Springview is the opportunity to study and teach God’s Word to people that he loves. His prayer for Springview is that it would be a flourishing and healthy spiritual family where deep spirituality, real friendship, and sacrificial service would abound to the glory of God.

Ben and his wife Kelly were married in 2003 and have six children.